As previously noted, in addition to the information about some of the seventy-seven names on the Second World War Memorial Board, we also have a small envelope upon which is written ‘Honours, Wounds etc’. It contains newspaper cuttings about some of the former City Boys pupils who were wounded during the War, became prisoners of war, or received honours of some kind (eg for their bravery). They are listed in alphabetical order below…

NOTE: To enlarge a cutting click/tap on it

Eric BOWN 1931-36. Sergeant, Leicestershire Regiment. Reported to be in a prisoner of war camp in Germany. 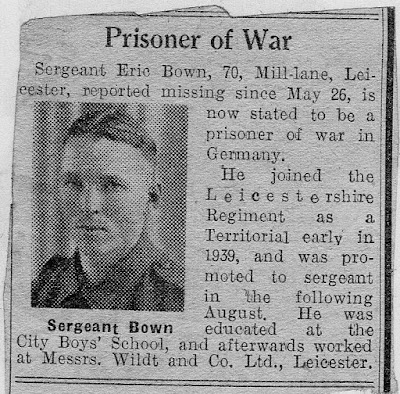 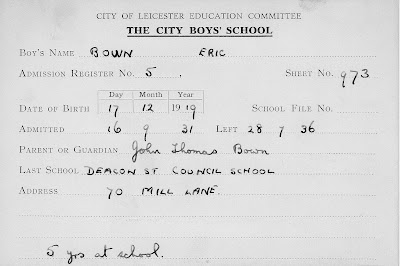 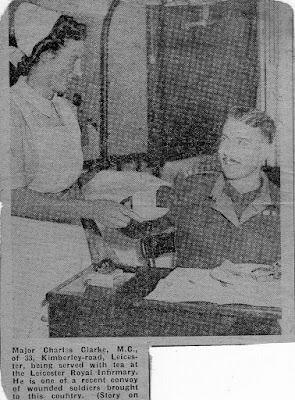 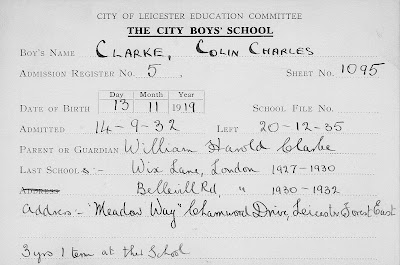 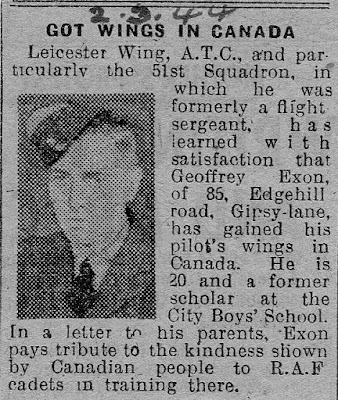 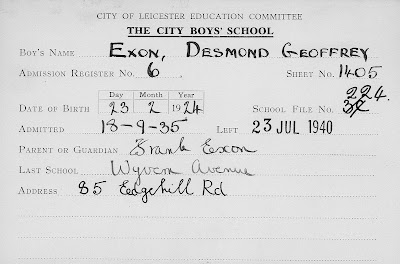 Norman Jack HANGER 1926-28. Private, RAOC. Captured at Tobruk and imprisoned at Stalag AF/D 602 situated in Klitschmar, north of Leipzig. 271 prisoners were held. Norman escaped with 60 others whilst being marched east in April 1945 and got home safely. 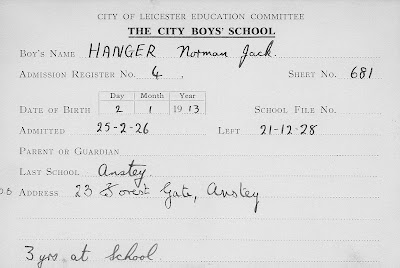 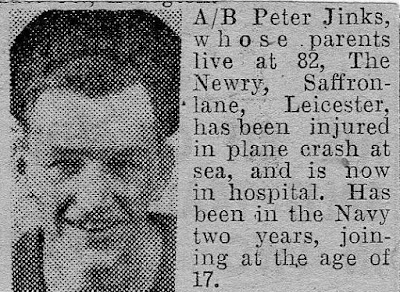 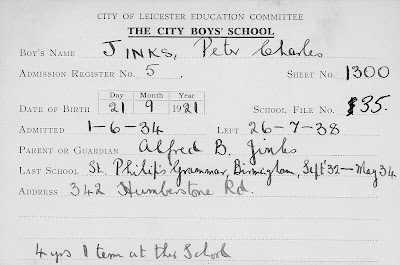 Robert Kenneth KINTON 1926-28. Bombardier. Captured at Tobruk in 1941 and was imprisoned in Stalag 344 near the small town of Lamsdorf (now called Łambinowice) in Poland. 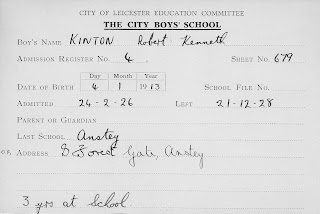 Eric Victor LEETHAM 1931-33. Corporal. Served with Royal Corps of Signals in the East Africa Command and travelled extensively throughout Africa. 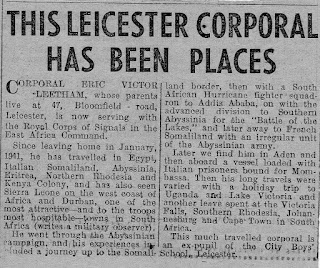 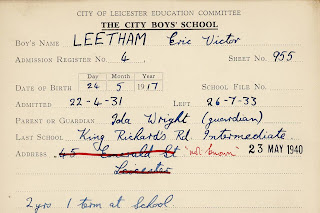 William Edwin SMITH 1933-38. Gunner. Wounded and in hospital in England. 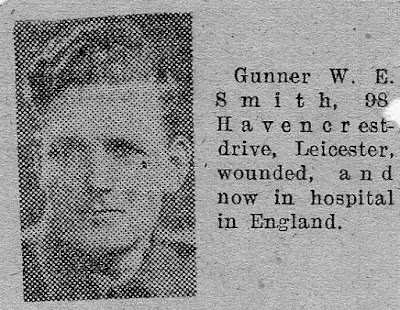 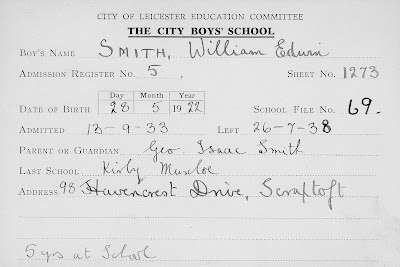 Victor Tom STACEY 1935-40. Pilot/Sub Lieutenant in Fleet Air Arm. Called up in September 1942 and gained his wings in Canada. 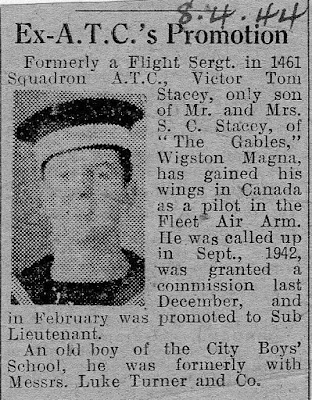 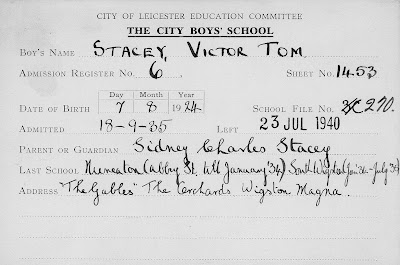 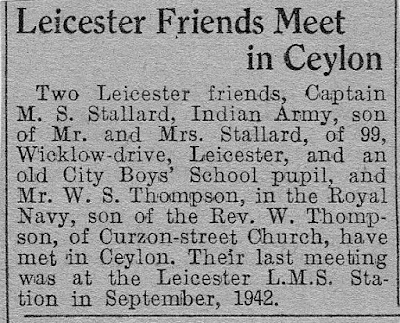 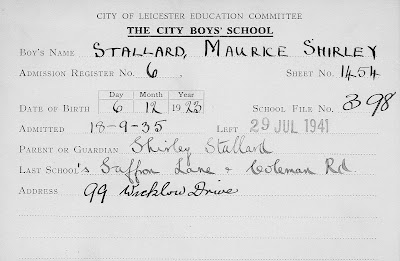 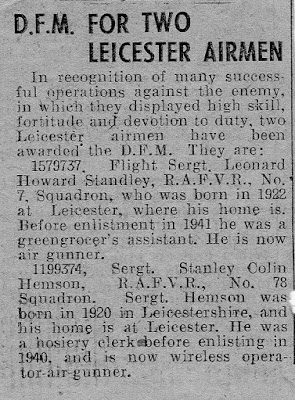 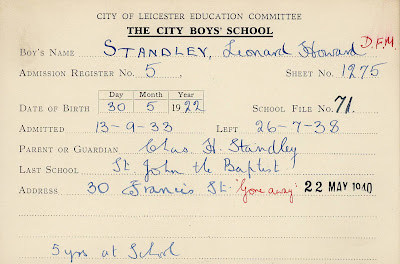 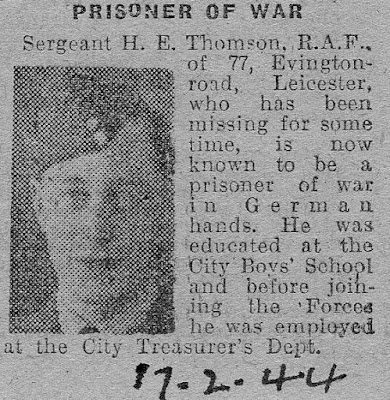 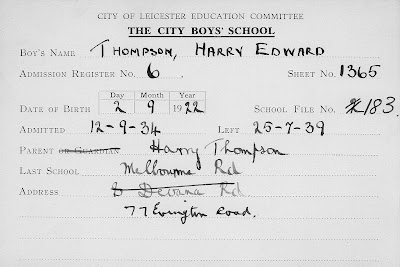 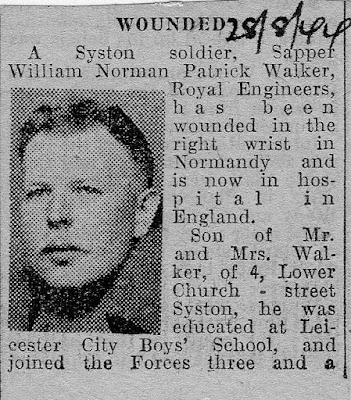 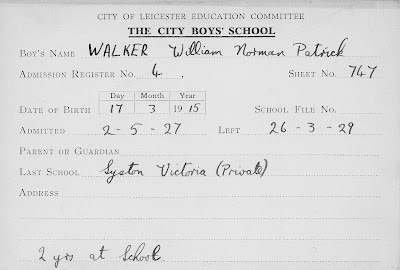 Horace Walter WARD 1928-33. Lance Sergeant. Taken prisoner in France in 1940 and interned in Stalag 383, situated at Hohenfels in Bavaria. This camp housed British POWs from 1940 until it's evacuation in May 1945 and forced march westwards. Horace gained several qualifications during his time there. 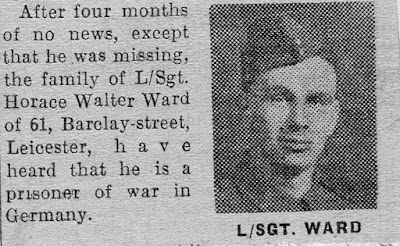 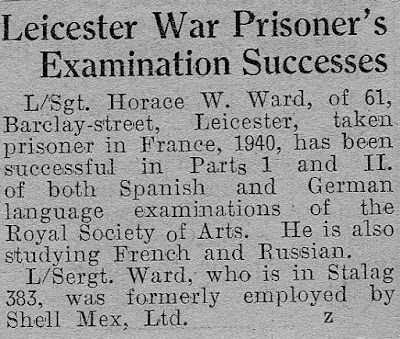 Kenneth Cecil WARD 1926-30. Staff Sergeant RAMC. Whilst on active service in India in 1944 he trekked from Darjeeling to Sikkim, a distance of about 175 miles. 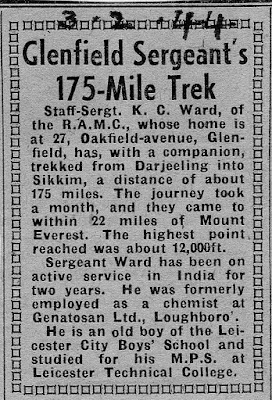 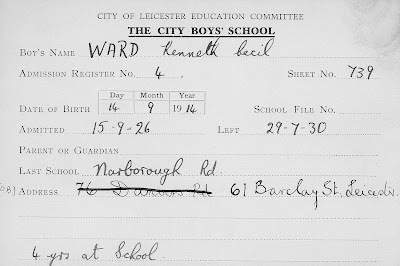 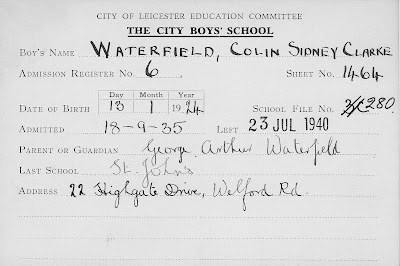 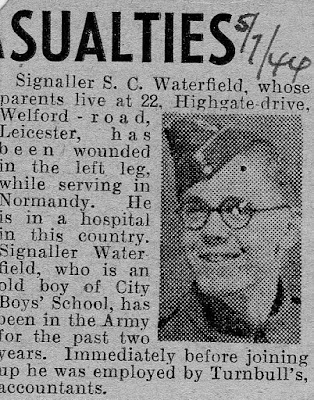