For many years these memorials to CBS Old Boys who died in the two World Wars hung in the hall of the school, later named Clarence House, in Humberstone Gate, Leicester.

They were removed when the school moved to new premises in 1965, but were returned to Clarence House in March 2007. Old boy Brian Screaton was instrumental in rescuing the memorials & arranging for them to be restored and reinstated at Clarence House.

A simple yet moving ceremony to rededicate the boards was conducted by the Rev Gerald T Rimmington, who is an Old Boy of the school. A wreath was laid by Ed Featherstone, a former Commander in the Royal Navy and also an Old Boy. We invited relatives and friends of those named on the boards and several came to the service.


Old boy Mike Ratcliff  produced the superb photos of the memorials, along with a list of those who fell in the two great world wars


WWI Board
NOTE: The name of the school changed from Newarke, seen on the WW1 board, to City Boys' in 1919 when Leicester became a city.
﻿
﻿ 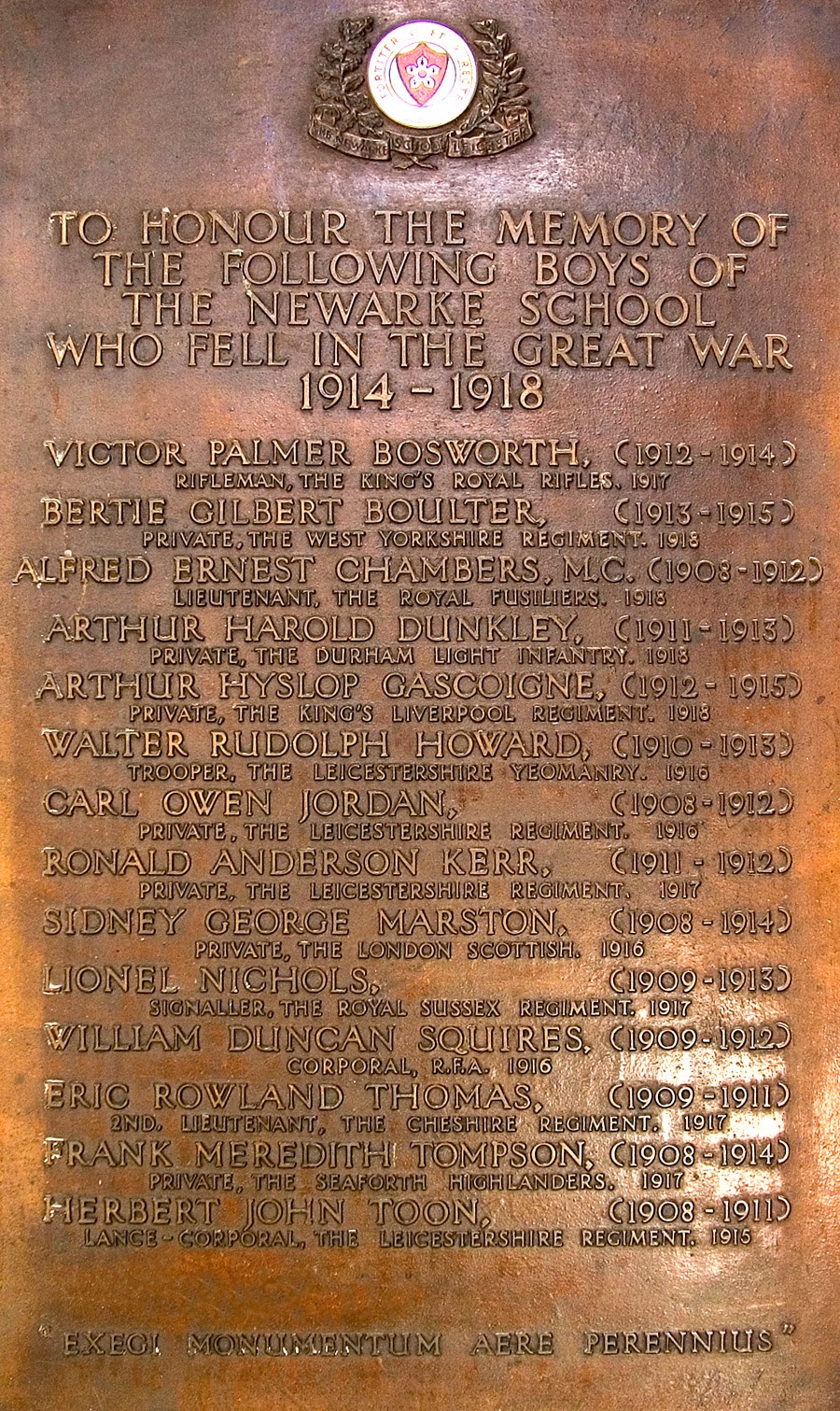 
Wording of the board is as follows:-


TO HONOUR THE MEMORY OF THE FOLLOWING BOYS OF THE


NEWARKE SCHOOL WHO FELL IN THE GREAT WAR 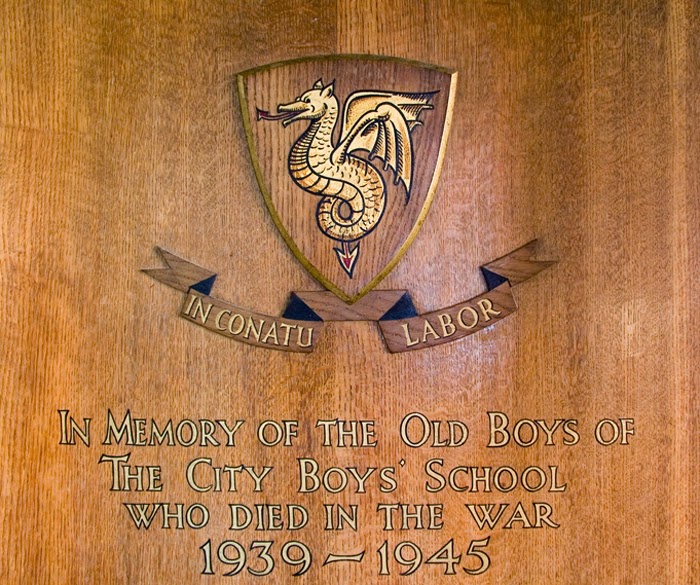 Full wording of the board is as follows:-
﻿

IN MEMORY OF THE OLD BOYS OF

WHO DIED IN THE WAR

As part of the 75th Anniversary commemorations of D Day, in June 2019 Brian Screaton wrote an article as a tribute to those Old Boys who gave their lives in WWII. A copy of the article can be viewed HERE

* The following item (from our founder Dennis Duggan) appeared in issue 67 (Sept 2010) of our newsletter relating to Bertie Beeby named above:-


"Back in May I received an e-mail from one Diane Jones, whose grandfather was called Bertie Arthur Beeby. He was killed in action in 1941, and the only known place where his name is commemorated is on a plaque in Libya, and thus inaccessible to her mother (Bertie's daughter) Diane's mother never knew her father, as she was a baby when he was killed, and her mother died when Diane's mother was nine-years-old. Somehow their search for a memorial to Bertie in the UK led to the Wyvernians web site, and her grandfather's name is on the memorial we had restored, and installed in the Hall at Clarence House. As a result Diane and her parents visited Age Concern, who were extremely helpful, and she tells me the occasion was very moving. Her mother thanks Wyvernians for finding the memorial, and having it restored, and had no idea her father attended CBS."

We received a further enquiry about Bertie Beeby from another relative via Facebook. They were attempting to compile a family tree. We were able to provide some facts gleaned from the pupil index cards (rescued from the Downing Drive clearout).